Over a month ago, I got myself on the Classtivity Classpass waiting list after seeing the list of studios. I was super excited for the Classpass and quickly went through my Passport so I could move on to the Classpass. For $99, you get 10 classes, which is a STEAL considering what a majority of the studios charge per class ($30+). You’re also capped at 3 visits per studio (admittedly IDK if it’s 3 visits per studio or just chain i.e. Exhale has various locations). 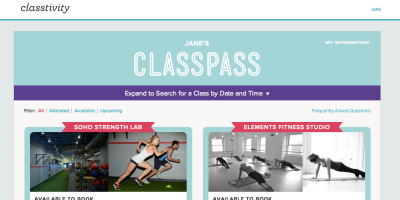 Studio favorites
(note * on Passport as well)
Two classes that I love that I actually didn’t use the Classpass for YET but plan to:
Although I took a majority of HIIT classes this time around (I like super sweaty workouts!), there are yoga and pilates classes available as well. Exhale offers yoga as does Yoga Vida and Sacred Sounds Yoga (which I occasionally go to considering I have a separate class package there). 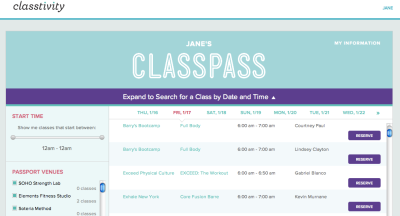 I gave you favorites and pros so here are the CONS:

Would it recommend it? UM YES DUH! It’s definitely one of the best purchases I ever made. I met some others on the Classtivity Passport at some classes and was raving about the Classpass to them. It’s a great deal and one that I’m able to afford. There’s literally something for everyone on the Classpass, HIIT classes, circuit training, cycling, pilates, yoga, barre, and dance!

Want to get your Classpass NOW – get it here! (referral link!)

One thought on “Classtivity Classpass review!”