It’s official. I’m signed up for my 3rd NYC Half-Marathon! After 11 half-marathons (two of which are the NYC Half), this is hands down my absolutely favorite half-marathon.

The first year I did it, I got in through lottery. The second time I did it, it was through guaranteed entry. I absolutely love this race.

In honor of this, here are my top ten reasons why you need to do enter the NYC Half lottery, which closes December 3rd:

10. It’s the perfect first half marathon.  As mentioned earlier of my 11 halfs, I ran this and Brooklyn Half twice so I have 7 other halfs to compare it to.  Based on course difficulty, race management, and just pure excitement, I would want this to be my first half-marathon.

My first was Baystate Half in Lowell and it was boring.  Because it was boring it was painful even though it was flat.  NYC was my second and it went by 1000x faster. The NYC Half course was relatively more difficult than Baystate but I still PR’ed by 15 minutes. Also, this course is point to point instead of out and back. Always a plus! 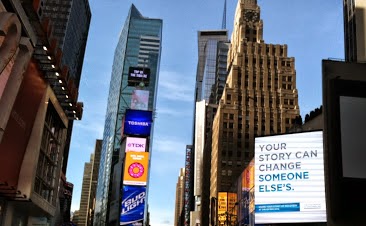 9. The course is awesome. Even though Central Park has a bunch of hills, they’re short compared to say the NYC marathon.  After mile 6, it’s relatively flat until slight elevation at the end (mile 12-13).

8. Times Square – I personally hate Times Square as a resident of NYC. I hated it even more when I temporarily worked in Times Square for three months.  However, you will literally never experience NYC like this.

7. NYRR They put on the NYC Marathon. They know what they’re doing. I’ve done other races and I’m usually disappointed by race management for most non-NYRR races I’ve done.

6. Run with pros.  When I ran in 2013, I started right as the pros, finished their 6 miles so I was running right next to the men’s race.  It was pretty cool. The course changed this year and they added waves so I didn’t have to be at the start.

5. You need a destination race. This is perfect. It may be cold but it’s ideal running conditions. At least for me.  For the past two years, the temperature was in the low 30s.

4. Celebrate St. Patty’s Day guilt-free.  If you ran 13 miles, you can have 13 drinks…right? Makes sense to me. Also, a great reason to wear that green tutu or ALL GREEN while running.

3. It’s actually a lot of fun. I know 13.1 miles isn’t everyone’s favorite thing but it’s a really fun race. The energy of the city really does push you forward.

2. No other half-marathon can compare. I’m not kidding.

1. It’s NYC. There is no day of the year that you’ll be able to run through Times Square without bumping into tourists.  Also the sights! Once you get to the West Side Highway, right by the Hudson River, there are such amazing views of the World Trade Center. And the last mile, there are great views of the Brooklyn Bridge and Brooklyn. Plus the energy of the city will get you to the finish.

So enter the NYC Half lottery and run with me! The lottery ends December 3! Check out the website here.  Read my race recap of the 2014 NYC Half.

So who’s already entered the NYC Half with guaranteed entry? If you ran before, what’s your favorite part of the race?