I’m a foodie so I went crazy trying every different food in Japan. However, I grew up eating Filipino food so I was getting really tired of eating it for two weeks straight. Unlike my diet in the US (a moshposh of everything from salads to sushi to sandwiches to pasta), I ate pork at least once a day and rice for almost all meals in the Philippines.  In Japan, I only ate typical Japanese food except for two exceptions: 1) family gatherings in Japan where there was Filipino food 2) that time I went to KFC in Japan (the Japanese love KFC- I even saw a line for KFC).

So starting off with Japanese foods…

Of course, I ate a lot of sushi…that’s a given

Mochi in Japan is nothing like what I’ve eaten in the US (mochi in the US is almost always filled with ice cream). It’s like jello but you poke it with a stick and it has powder on it. It’s chewy and its odd to me but it grew on me.

Ramen, ramen, ramen….apparently, Ramen is a Chinese invention but the Japanese took it, owned it and mastered it. I ate so much amazing Ramen in Japan. 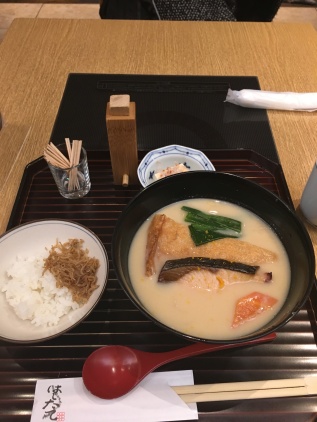 I highly recommend going to “ramen street” in Tokyo Station (above left photo). The government invited the 8 best ramen shops in Tokyo to open shops in the station so it’s all amazing. The above left dish is salt ramen (Okinawa style!) with soup made from kelp, sardine and bonito topped with stewed pork, kamaboko and egg. The above right is a seafood ramen with miso type broth.

The meal below was a typical full Japanese meal. The Japanese believe in having a meal where each food is cooked differently so there’s a soup (the large thing with the wood cover on the left), raw (fish and sweet shrimp in the middle), there was also a side of rice and fried fish as well. Plus all the little side dishes of things.

Asakusa in Toky,o similar to the area right outside of the Fushimi Temple in Kyoto, has plenty of little shops and stands that sell little snacks. 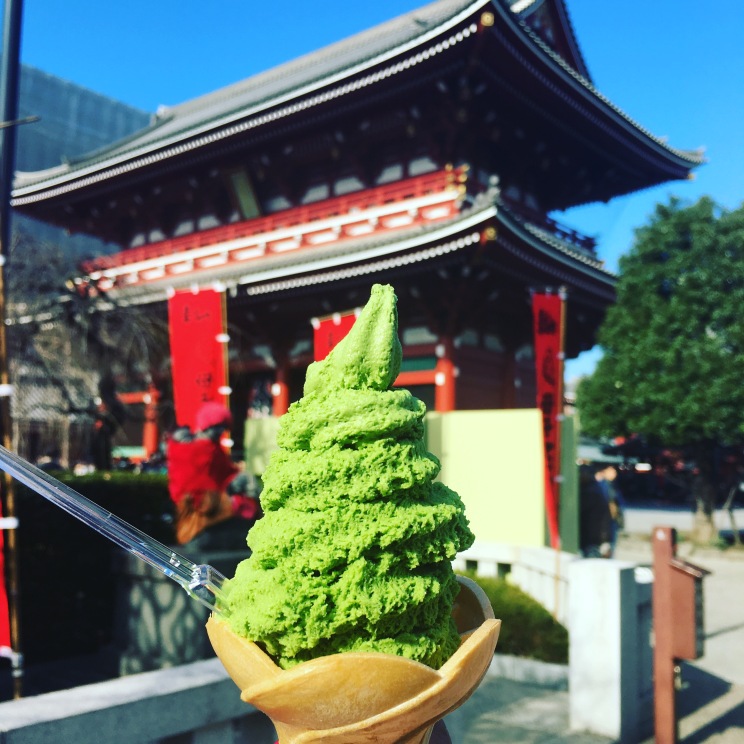 From top left to right – Daifuku (rice bean cake that’s chewy in texture) with red bean paste, meats on a stick, ningyo yaki (small cakes made by pouring batter into molds and are usually filled with custard or red bean paste), and of course green tea matcha ice cream (that’s not that sweet).

There was a long line for kagetudo in Asakusa. It’s super crispy on the outside with sugar sprinkled on top but it’s so fluffy and tasty in the inside. It’s about the size of my palm.

Moving on to the Philippines….

Cebu is known for having the best lechon in the Philippines. Lechon is roast pig and it is delicious (& so not healthy). So the last day of Cebu, we went to Rico’s for lechon. 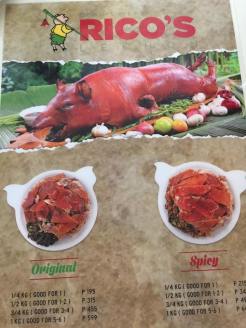 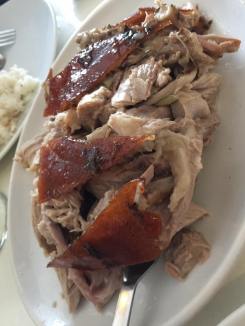 The middle picture is pancit, which is a noodle dish similar to lo mein. The far right picture is cut up lechon.

As you can tell, I basically ate my way through Japan and the Philippines. This is definitely not an exhaustive list of everything I ate but definitely some notables.

One thought on “Island Hopping: The Food”