For months, my fellow runner and friend, Lynette, kept asking me to do the Myrtle Beach Mini Marathon.  She signed up and booked a hotel months in advance. Once I finally figured out my job situation, I finally got a plane ticket and registered for the race.

(Travel tip: do not travel with Spirit Airlines…unless you will not be bringing anything other than one personal item. Carry on items were more expensive than checking a bag [& I paid $40 each way to check a bag])

We left NYC on Friday afternoon and had plenty of time to pick up our bibs after checking into the hotel. The Carolinian Beach Resort was the host hotel for the weekend and one of the three hotels that provided shuttles for the start and finish lines.

After picking up our bibs, we headed to the House of Blues for a pasta dinner.  It was free for participants but $5 for each non runner. It was about a 30 minute drive from the expo/bib pick up but definitely worth it.

I’ve never been to a House of Blues but I had a lot of fun listening to the bands and hanging out. It was also perfect weather to be outside on a deck on a Friday evening. We spent about 4 hours hanging out there before heading back to the hotel. 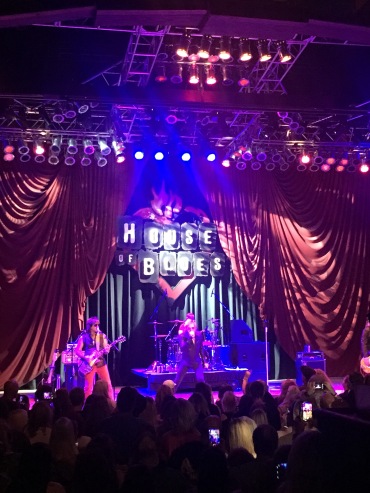 Saturday, the day before the race, was spent prepping for the big day and relaxing at the beach. Even though it was late October, the weather was absolutely perfect.

Shuttles were leaving the hotel every 15 minutes from 5am to 6am so we actually made it to the 5:30am shuttle. The race started at 7am so it was hilarious to me that once we got to the start line at 6am, not a ton of people were around. We had plenty of time to get water (they had a water station at the start line!), use the bathroom and warmup.

The corrals were in two minute intervals (i.e. 8 minute to 10 minute pace), which is quite the large margin in a road race.

I didn’t take a lot of pictures during the race (bad blogger!) but the race was flat and cool.  It was a point to point course. The start line was close to the airport. The first half of the race took us through different highways and roads and started to get interesting once we got off the road and ran through a small but cute park.

The last 5 minutes of the race was right along the beach, which meant wind! The breeze was helpful since the sun was starting to come down hard and it was just getting much warmer.

I wasn’t a fan of the last mile of the race because it wasn’t a straight line. It was very pretty but it was narrow and twisted a lot, which I hated.  The picture below doesn’t capture how annoying running through it is.

Despite hating the last mile, there was an awesome post-race party. The after party included beer, alcoholic sparkling water, snacks and a live band. Plus the medal was HUGE! The medal also doubles as a magnet and the ribbon can easily be detached from it. 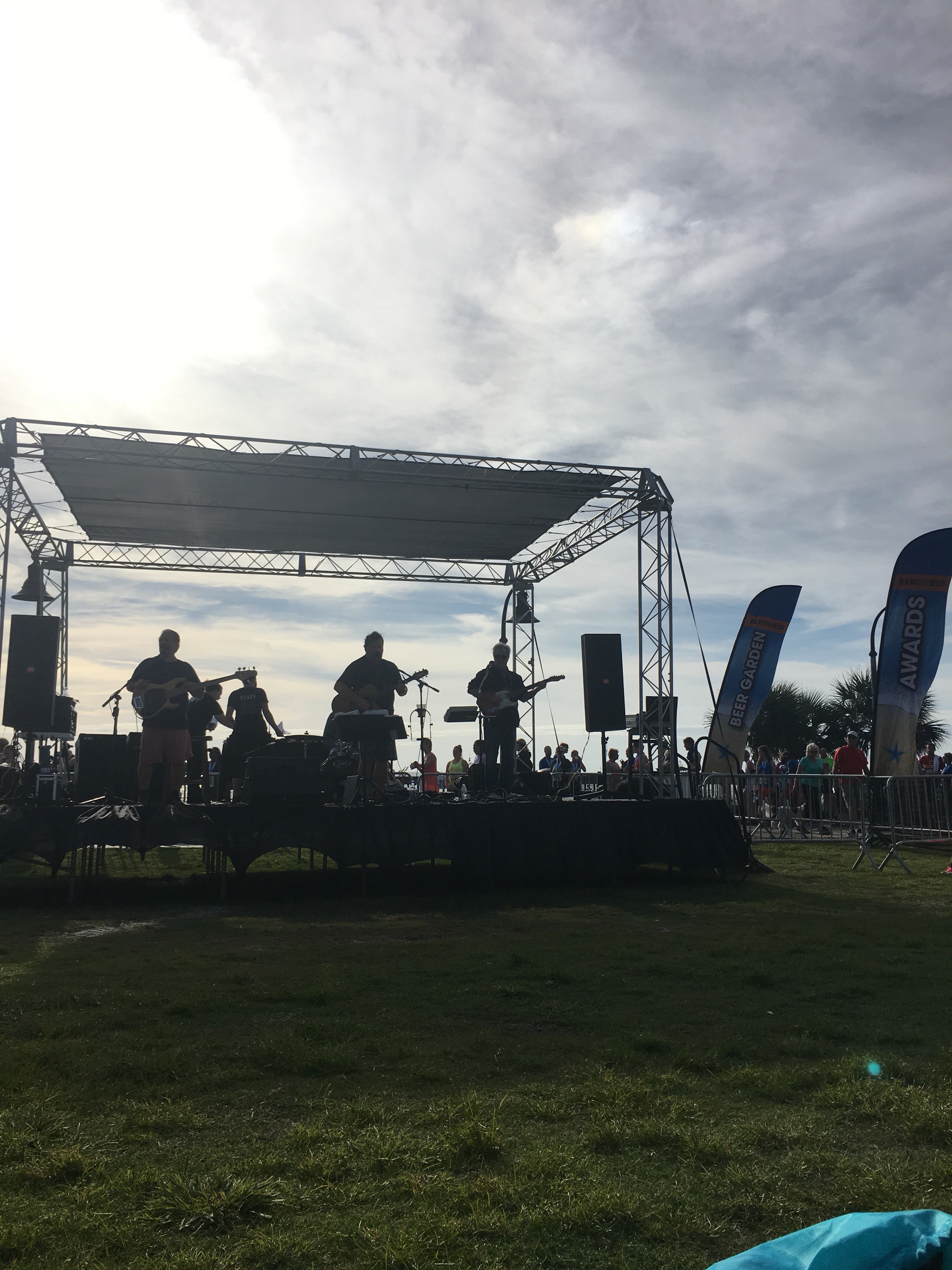 After the post-race party, Lynette and I️ got brunch before walking a mile back to the hotel. There were post race shuttles but we decided to walk instead.

Overall, it was a great race and I️ would do it again! Myrtle Beach, in its off peak season, presented a nice little getaway from the Big City. The race like the City wasn’t crowded at all. Plus the weather was amazing and so was the swag. Did I️ mention the beach? Definitely recommend doing this race!

One thought on “Half #24 – Myrtle Beach Mini Marathon Recap”